A2ML provides a common API for all cloud-oriented AutoML vendors. Today that is Microsoft Azure AutoML, Google Cloud AutoML, and Auger AutoML. All of A2ML is open source and free in perpetuity. Other AutoML providers can be added as the fundamental stages apply to all them.

Performing all phases of the model building, training and usage process with those other cloud vendors' products is hundreds of lines of code. A short perusal of the source in this repo can validate that. Also using the A2ML API in your apps that need predictive models removes vendor lockin to each particular cloud providers' API.

Google and Microsoft do not provide ongoing review and monitoring of deployed model accuracy with their cloud AutoML APIs. A2ML adds a model review capability for those providers.

With A2ML, data scientists and developers can now train their datasets against multiple AutoML providers to get the best possible predictive model.

Every AutoML vendor has their own API to manage the datasets and create and manage predictive models. They are similar but not identical APIs. But they share a common set of stages: 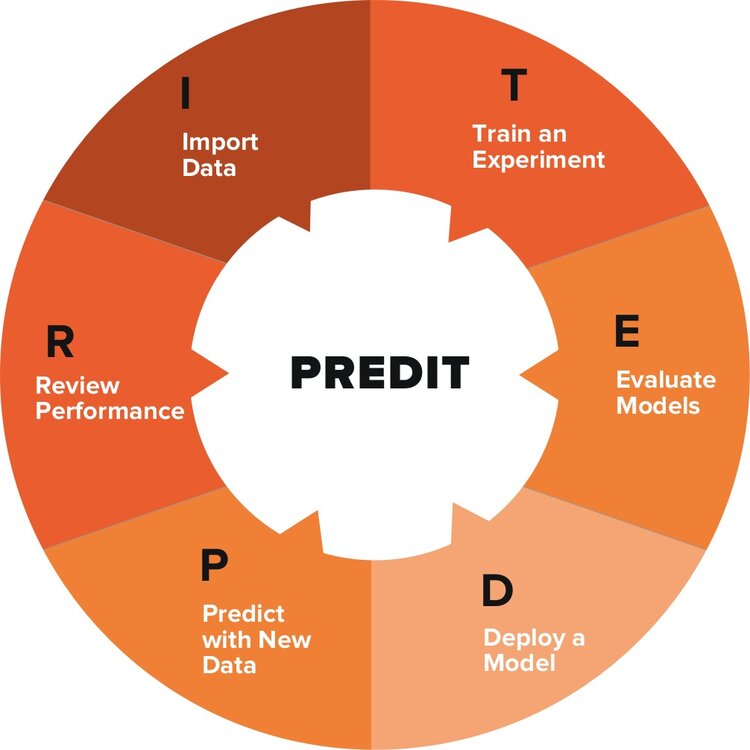 Since ITEDPR is hard to remember we refer to this pipeline by its conveniently mnemonic anagram: "PREDIT" (French for "predict"). The A2ML project provides classes which implement this pipeline for various Cloud AutoML providers and a command line interface that invokes stages of the pipeline.